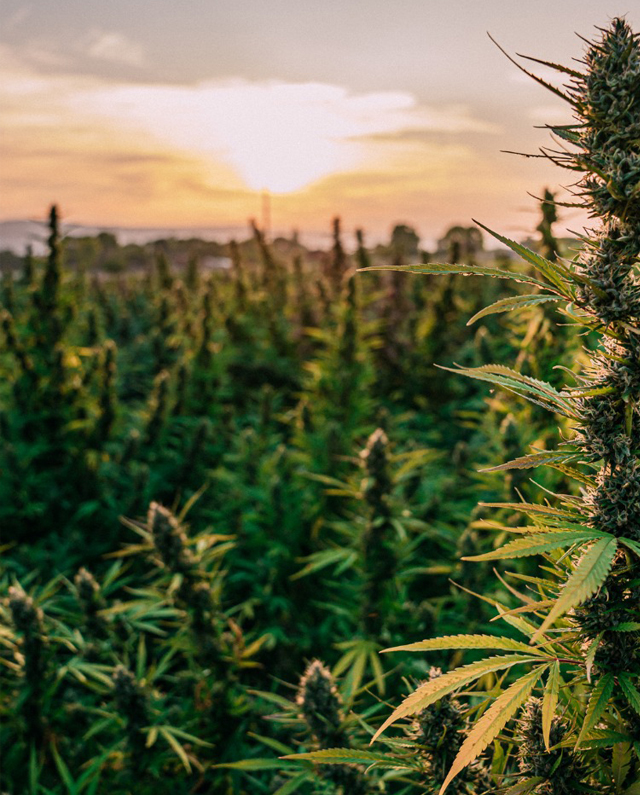 WHY CANNABIS? WHY NOW?

There is no other crop like cannabis. Valuable as fibre, food, medicine, fuel or the starting-point for sustainable solutions: cannabis is uniquely positioned to become one of the most highly-demanded commodities in the coming years.

The commercial and medical cannabis markets in North America have begun to prove the economic growth probabilities for cannabis, greatly influencing conversations of decriminalization and legalization across the globe, which have been gaining serious momentum. Hence, now is a time of critical shift from what was once a “War on Drugs,” to a game of global trade for the cannabis crop. But the unlocking of global supply chains will not come without risks. As more countries legalize cannabis and more sectors rush to invest, the heightened risks of labour exploitation should be at the forefront of the conversation for all members of the industry.

At the birth of a global sector, we have a time-sensitive opportunity to address the risks of labour exploitation in cannabis supply chains before they become a reality. The Cannabis Education Guild (the CEG), a platform focused on global cannabis education and social good, is igniting a call against labour exploitation in cannabis. By addressing the human rights cost, often the elephant in the room nowadays, the industry can work to avoid future injustices; costly not only because they are socially regressive, but also a business risk. As early steps, the cannabis industry can start by learning from modern slavery in food production, garment manufacturing, and the risks faced by the pharmaceutical industry. To guide this conversation, the CEG will discuss the harsh forces of modern slavery and what cannabis can learn from the supply chains of one of the most indulgent food ingredients, cocoa.

MODERN SLAVERY IS COSTLY AND UNACCEPTABLE
Modern slavery is a catch-all phrase used to describe the exploitation of humans for personal or commercial gain. Hidden in plain sight, it is estimated that well over 40 million adults and children worldwide are locked in some form of modern slavery such as forced labour, human trafficking, or child labour. This means there are over 5 victims of modern slavery for every 1,000 people in the world, and 1 in 4 of these victims is a child. (1)

Understanding modern slavery is important not only for the legal treatment of injustices, but also for identifying underlying causes and solutions. The CEG understands forced labour to be any work that is not offered voluntarily, and under the threat of penalty or coercion. Human trafficking is understood to be an act of recruitment or transportation under means of threat or coercion for an exploitative purpose such as labour or sex work. Child labour is understood as work that strips children of their childhood and dignity, while leaving negative consequences on their physical and mental development. Injustices of forced labour, human trafficking, and child labour are occurring in every country in the world, and every corner of global supply chains. To grasp the scale of this enterprise, it was estimated in 2014 that the unjust exploitation of humans and their labour generates USD $150 billion annually.(2) However, without a more recent figure than International Labour Organization’s 2014 estimate, one can only speculate as to how much the number of modern slavery victims and their profitability has grown seven years later.

Human exploitation of any kind is not something that should be tolerated by any business or government. It is at odds with corporate values and public interests. It creates risks for business compliance and supply security, and ultimately hinders reputation amongst stakeholders. As cannabis supply chains risk forming another space for the harsh crimes of modern slavery, early stages of legal and commercial policy must focus on creating frameworks that protect against it. Failure to do so will result in supply chains that lack resilience, a costly misstep in an increasingly conscious consumer marketplace.

WHAT CANNABIS MUST LEARN FROM COCOA SUPPLY CHAINS

In 2020, over 4 million tons of cocoa were produced to supply the USD$103 billion global chocolate industry. (3) Hidden beneath the indulgence, cocoa is one of the most highly susceptible consumer ingredients to modern slavery. In fact, the Global Slavery Index (GSI) found that over 2 million children were employed in the top cocoa producing regions of the world, Ghana and Côte d’Ivoire, to meet world-wide demand. (4) Similar to cocoa, the cannabis crop is proving its value as a raw ingredient that will be sourced for an endless array of consumer packaged goods. We can begin to understand, through comparison to agricultural commodities, how cannabis production has the likelihood of being shifted to regions with a lower cost of labour and more favourable climates. However, without adequate governance or transparency systems: we will lack the line of sight necessary to protect the adults, children and migrants who are readily available for work but intensely vulnerable to the forces of modern slavery.

By considering the nature of the cocoa industry, and its labour market conditions, it can become apparent how parallel risks of labour exploitation may arise for cannabis. Cocoa producers use hazardous tools and chemicals and face long days in direct sun, with heavy manual labour. Additionally, cocoa production is considered to be decentralized, where the livelihood of many small-scale farmers is dictated by crop yields and commodity pricing.
With decentralized production also comes a lack of governing systems over recruiting and labour practices. The combination of tough working conditions, cost-pressures, and a lack of accountability for farm owners create an environment ripe for labour exploitation. This is a reality that the cannabis industry must become familiar with.

Labour market vulnerability heavily influences the risks of modern slavery. Surviving off of only 50 cents (US$) a day, cocoa farmers have little to no access to quality education, and often have to rely on unfavourable debt in order to simply be recruited or travel for work. These factors, which keep workers trapped within the system of modern slavery, are often passed from generation to generation. Many of the children in cocoa production may be working to support their families, or may have been introduced to the work at very young ages by their parents who lacked child care options or access to school. And so, forced work or child labour may be seen as the only options for survival.

Furthermore, it has been well documented by organizations globally that the production of cocoa relies heavily on migrant citizens who are trafficked to work in the industry from neighbouring countries like Mali and Burkina Faso.(5) The unfortunate reality is that migrant workers are even more susceptible to the effects of modern slavery. Often fleeing violence or conflict, travelling undocumented, or as a child without family; migrant workers may be unable to properly integrate into new labour markets, have no bank accounts, lack means of collective bargaining and protection, or take on unfavourable debt to cover extortionate fees owed to informal recruiters.

For cannabis supply chains, human trafficking is already an issue wherein there is a great supply of low skilled workers who are willing to relocate to work in cannabis markets such as Thailand, Mexico, Lesotho and South Africa. Those migrating to work in cannabis may be at heightened risk for a variety of reasons: such as inconsistent information about work terms relayed between workers and recruiters, and a lack of protective systems to govern pathways for recruiting and migration between regions. In more established markets like Canada and the United States, many foreign workers have begun to migrate to work in cannabis production, revealing the urgency to create mechanisms for labour protection as the industry develops.

CHALLENGES IN TAKING ACTION
In any given territory or jurisdiction of cocoa production, like any other business practice, the state carries a responsibility to protect its workers. Yet, identifying labour exploitation to hold governments and businesses accountable is difficult through traditional means of auditing. For example, governance measures for labour exploitation often miss links along the supply chain such as its recruiting pathways or supporting services. With this, many governments lack adequate awareness or capacity needed for formal enforcement measures to be introduced in complex supply chains.

On top of the challenges in identification, the way responsibility and accountability are assigned regarding the use of slavery still remains somewhat unclear. This has yielded challenges for some big chocolate corporations, such as Nestle, who have been wrapped up in lawsuits regarding the voluntary supply of cocoa from regions with known labour violations. (6) This ongoing circumstance speaks to the influence large corporations have had on developing cocoa supply chains in West Africa, and therefore the responsibility they carry in instances of modern slavery that take place within them. Examples like this reveal how modern slavery is a whole-of-supply-chain issue, and that the responsibility of preventing human exploitation does not lie solely where the violations occur, but rather along every link in the chain.
And so, all players in the cannabis industry must understand the underlying risks of exploitation to guide preventative action as more cannabis is produced and traded.

A MOVEMENT TOWARDS SLAVERY-FREE CANNABIS
Cannabis is not cocoa. But, it is the up-and-coming commodity of the next decade, serving as a raw ingredient in consumer goods including food, while facing similar risks of modern slavery as cocoa supply chains. As such, the CEG is advocating for preventative action while aligning the sector in approaching responsible and traceable supply chain policies. With 20% of their net profits, the CEG operates boots on the ground community outreach and vulnerable labour market cannabis education in Thailand, and is currently developing a case for change around modern slavery in cannabis to submit to the Government of Canada and the UN. Additionally, to help streamline commercial and medical education, the CEG operates a digital learning platform that allows its users access to informed discourse around everything cannabis.

Moving forward, the CEG will continue the conversation around responsible cannabis supply chains by highlighting parallel risks in industries beyond food, such as fast fashion and pharmaceuticals. The time for cannabis is now, but we must not miss out on the urgent and life-saving opportunity to right the wrongs of a harsh globalized system which supports and profits off of human exploitation.

As a platform focused on global cannabis education and social good, the CEG aims to educate professionals in legal and emerging cannabis markets, while investing in meaningful social impact to create a healthy and ethical cannabis industry. Learn more at cannabiseducationguild.com