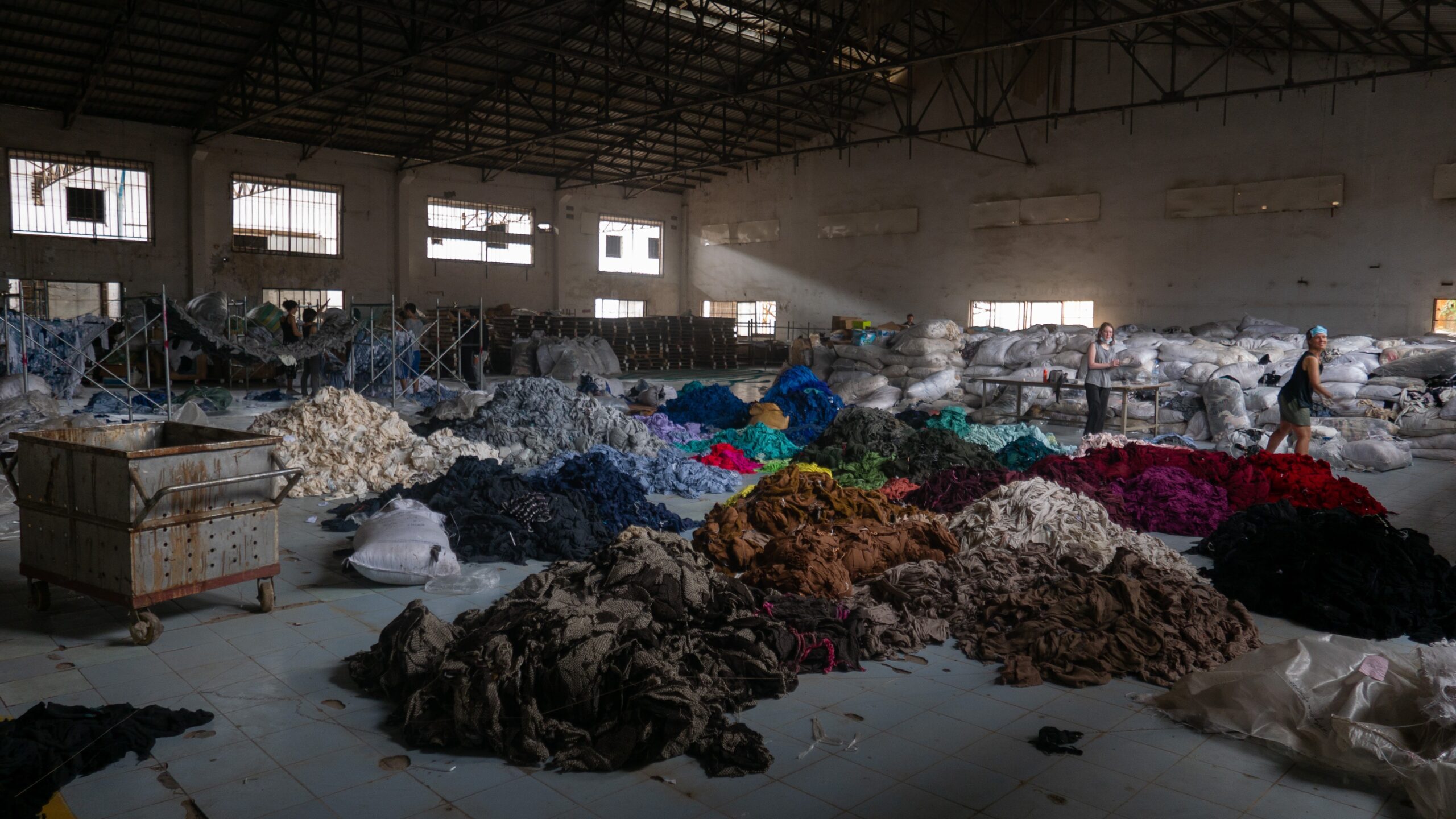 WHY CANNABIS? WHY NOW?

Across regions and cultures, cannabis has a rich history of unique uses and applications. But in 2021, we are only now truly beginning to unlock the potential held by the plant to be converted into food, fibre, medicine, and various sustainable solutions. With this, more governments and businesses than ever before are considering their own legal cannabis policies. And, with political and social acceptance continuing to override what was once a “War” on the plant, cannabis is primed to be one of the most highly demanded commodities of the next decade. Inevitably, heightened production and trade of cannabis across nations will emerge through complex global supply chains.

The hidden reality of globalized trade however, is that there are estimated to be over 40 million adults and children worldwide locked in some form of modern slavery such as forced labour, human trafficking, or child labour. As early members of the legal cannabis sector, we must take urgency in recognizing the risks of labour exploitation inherent in games of “supply and demand” trade. Previously, the Cannabis Education Guild (the CEG) discussed the relevant lessons cocoa supply chains can provide for cannabis as it becomes a traded commodity. Now, considering the rising popularity of hemp-derived textiles and how apparel is one of the most responsible consumer industries for modern slavery, the CEG believes that cannabis sector must learn about labour exploitation from this USD $1.5 trillion industry before similar mistakes are made in cannabis supply chains.(1)

HEMP IS THE NEW BLACK
The production of hemp is a cultural and historical phenomenon almost as old as agriculture itself. Classified as a Sativa L. subspecies, hemp is often seen as the “industrial powerhouse” of cannabis and was first used in Asian regions around 8000 BCE.(2) In modern times, hemp seeds are in high demand for food, beverages, and personal care, whereas the outer fibres of hemp stalks are still relied upon to make textiles for products like clothing, bags, and ropes. However, attempts at drug control in the late 19th and early 20th centuries led to cannabis prohibition. In Canada, prohibition was lifted in 1998, making way for a formal seed bank to regulate authorized cultivars of industrial hemp in the country, which may contain no more than 0.3% THC and 6% CBD. While the Canadian framework is not a realistic model to apply to all countries, it is possible other regions may start their legal cannabis story with the control of cannabinoid content through similar industrial hemp policies as Canada. And so, considering industrial hemp will be critical in understanding the risks of modern slavery in cannabis supply chains.

Hemp requires less water, land, and pesticides to produce than competing materials like cotton, making it well-primed for the increasingly conscious consumer markets of the 21st century. The USD $5 billion hemp industry is expected to grow at a compounded-annual rate of 34% over the next 5 years, driven primarily by demand from the textile industry of Asia-Pacific. Much of this is the result of consumers increasingly questioning the environmental impacts of their clothes and developing an affinity for sustainable clothing lines like Patagonia, Ten Tree, and Afends. However, the leaders in this trend will be big fashion brands, such as Nike who recently launched a pair of hemp shoes, or Levi’s who are putting a sustainable spin on their classic denim line . With this in mind, hemp is very much already a part of big corporate, brand-name fashion supply chains, and so the risks of modern slavery that may arise for the cannabis plant must be addressed with immediate urgency.

FAST FASHION: A DARK REALITY
Less than 50 years ago, about 95% of apparel garments bought in America were manufactured domestically.(3) This figure has now dwindled to only 3% as modern supply chains rely on production from overseas markets. With this, apparel brands see drastically lowered costs, higher production volumes, and effectively lowered prices to end-consumers. The result has been a “fast fashion” frenzy that drives consumers to buy more clothing, more often, for less money.

The true cost of fashion is spelled out in examples such as the Rana Plaza incident of April, 2013, where the Dhaka garment factory in Bangladesh collapsed after continuing to operate despite worker’s complaints of cracks in the foundation of the building. This incident killed well over 1000 factory workers, and occured only 5 months after workers of another garment factory in Bangladesh were trapped inside a burning building after management neglected safety concerns. To demonstrate the devastating scale of the fashion industry’s impact, The Global Slavery Index found that $127.7 billion worth of apparel items with a risk of modern slavery were imported by G20 countries in 2018.

The lack of unilateral integration in fashion has led big brands to have little control over their supply chains. When various stages of sourcing and production are contracted to different players, following raw materials along each stage to the end product is challenging, and so most instances of labour exploitation go either unseen or unheard. As well, auditing and enforcing labour rights is costly for companies who do business with countries across the world such as China, India, Cambodia, or Bangladesh, especially when these regions may also lack adequate governance measures to protect local workers. Oftentimes, workers fear to speak up for their rights, especially when they may lack collective bargaining, have been trafficked into work, forced to take on unfavourable debt, or are under threat or coercion by their employer. These issues are exacerbated by the economics of the market, where cents on the cost of a garment may be enough to sway a big brand into switching suppliers. This leaves factory owners and managers left with little choice but to do “anything it takes” to maintain trade agreements, often at the cost of human rights. In Canada, the risk of this happening for the cannabis industry is not entirely out of the picture, considering the trend of major publicly-traded firms shedding their assets and moving away from vertical integration. Could the major Canadian cannabis players be priming their supply chains for the potential of outsourced supply and global trade partnerships?

If the cannabis industry follows in the gloomy footsteps of fast fashion supply chains, it is likely that the plant will face the risks of human exploitation not only at the level manufacturing goods, but also at the level of raw material crop production, and anywhere else in between. China, the world’s largest producer of cotton, is also today’s largest producer of industrial hemp and will inevitably play a role in cannabis supply chains.(4) However, 84% of cotton produced in China comes from Xinjiang, a region widely documented to employ a state-sanctioned system of forced labour of over 1.8 million Uighur, Turkic, and Muslim individuals. In a recent policy report by the Australian Strategic Policy Institute (ASPI), many major Western brands such as GAP, H&M, and Nike were identified for their direct involvement, and seeming lack of intervention, in these production regions After an outpour of backlash in the form of media headlines, activist consumer petitions, a US ban on cotton from the region, and legal sanctions against complacent players, many of these brands have subsequently made statements about their supply agreements and are taking active stances against the injustices. But it has not been enough, as exports from the region continue to flourish, and in-fact have doubled in the first quarter of 2021.(5) Cannabis, as an industry, must stand up and prevent injustices like this from ever occurring in its direct supply chains.

MARKET RESPONSES: ‘BUSINESS AS USUAL’ NO MORE
Business as usual is no longer fit for purpose. Disasters such as the collapse of Rana Plaza have forever changed the landscape around human rights and consumer consciousness in supply chains. In some instances, local governments may take preventative action, such as Bangladesh involving apparel brands in signing of a “Bangladesh Accord on Fire and Building Safety.”(6) However, other governments are beginning to respond in their own ways, such as both California and the U.K who have created policies that require businesses of a certain size to publish what they are doing to prevent labour exploitation in their supply chains. While impact reporting of this kind will be critical for holding cannabis businesses accountable, the standard for the cannabis industry should be set at a higher bar from the beginning. For example, having prevention mechanisms written directly into the industry’s legal policy will allow responsibility and accountability to be understood from the onset of business, rather than in retroactive response to failures that may arise in the supply chain.

Organizations such as Fashion Revolution empower consumers and industry stakeholders to talk transparently about injustices in the fashion industry, while taking action against them.(7) Further acts of protest prove the voice and interest consumers have on the matter of labour exploitation in supply chains, for example this year’s global petition to end big brand reliance on forced labour in Xinjiang, China. Beyond this, financial implications of modern slavery in supply chains are coming to light as Norway’s —largest in the world— USD $1.3 trillion Government Pension Fund begins investigating, and preparing to pull funding from, companies it has interest in that may be reliant on forced labour in Xinjiang.(8) With this in mind, a conscious cannabis industry will be one where all stakeholders of the supply chain are activated in maintaining transparency, while providing mechanisms for the protection and collective rights of vulnerable workers.

JOINING A SLAVERY FREE CANNABIS MOVEMENT
Cannabis will make waves as its own industry, but we are beginning to see that it will also make waves in other industrial sectors, such as fashion and apparel. As such, the CEG is advocating for preventative action while aligning the sector in approaching responsible and traceable supply chain policies. Through the rest of 2021, the CEG will continue the conversation around responsible cannabis supply chains and what can be learned from existing sectors. The time for cannabis is now, but we must not miss out on the urgent and life-saving opportunity to right the wrongs of a harsh globalized system which supports and profits off of human exploitation.

Whether you are an industry member, investor, or consumer of cannabis, we urge you to stand with the CEG in recognizing the risks for human rights of globalized cannabis business, and in paving the way for a slavery-free cannabis industry.

Mac Abbott,
Cannabis Education Guild
As a platform focused on global cannabis education and social good, the CEG aims to educate professionals in legal and emerging cannabis markets, while investing in meaningful social impact to create a healthy and ethical cannabis industry. Learn more at cannabiseducationguild.com